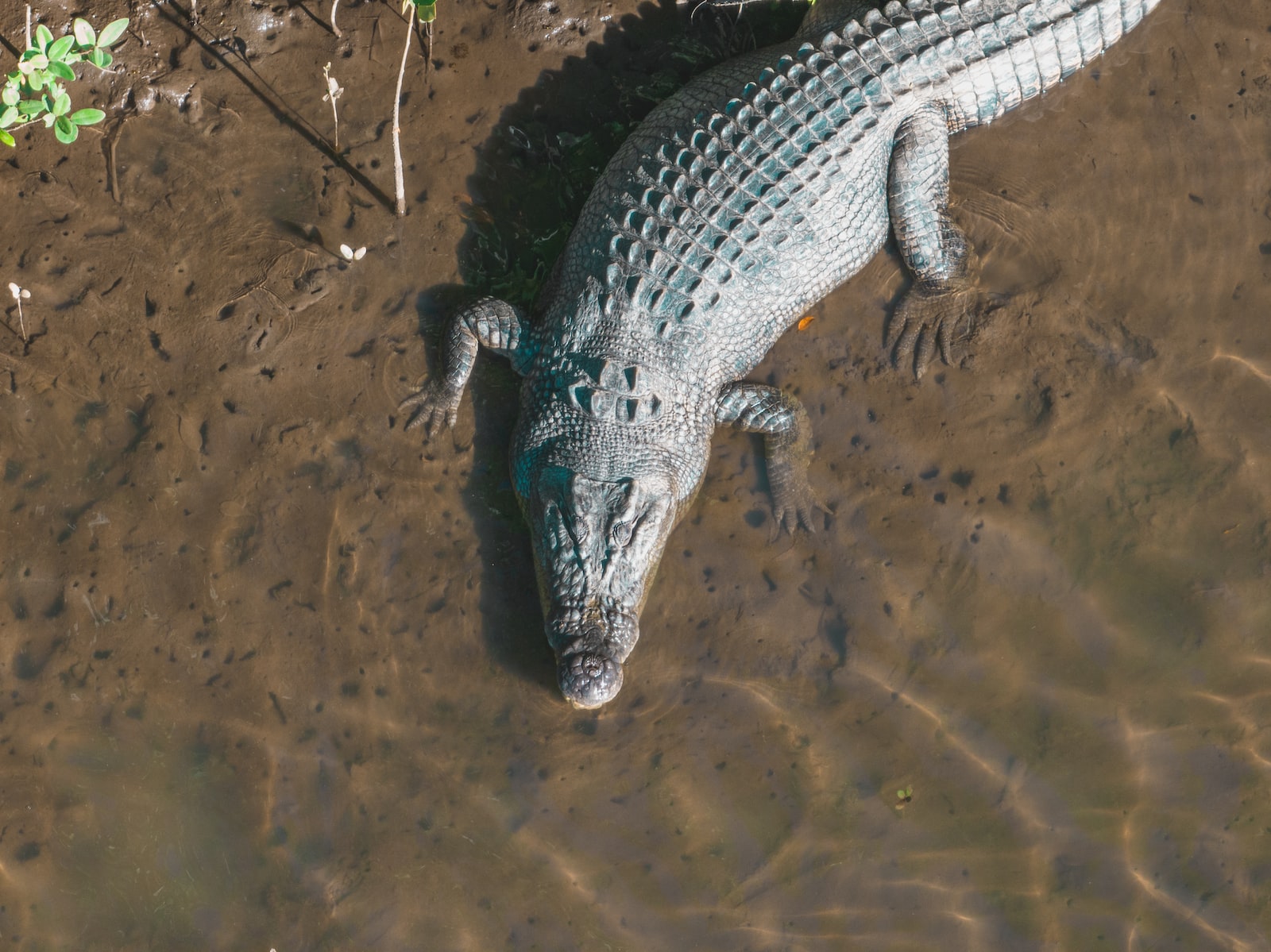 Are there crocodiles in Florida?

Yes, there are crocodiles in Florida, but they are not as common as alligators and can only be found in certain parts of the state. It is important to remember that both of these species are wild animals and should be respected and treated with caution. It is illegal to feed or harass crocodiles or alligators in Florida, and it is always best to observe them from a safe distance.

If you do come across a crocodile or alligator while enjoying the great outdoors in Florida, remember to give them plenty of space and never try to approach or handle them. These ancient reptiles are an important part of Florida’s ecosystem and play a vital role in the balance of nature. By respecting them and their natural habitats, we can ensure that they will continue to thrive in the Sunshine State for generations to come.

What are the Types of Crocodiles in Florida?

The American crocodile can be found in southern and southwestern parts of Florida, especially in saltwater estuaries along both coasts as well as some inland areas. They can also be found in Central America and northern South America. The American crocodile is large compared to other members of its family; males can grow up to 15 feet long and weigh over 500 pounds! They have long snouts that make them look like alligators but their coloring sets them apart—they are usually grayish-green or olive-brown with white markings on their bellies.

The Cuban crocodile is much smaller than its cousin, only growing up to 8 feet long. It has a shorter snout than the American croc which makes it look even more like an alligator. Its coloring tends to be darker than that of the American version—it has a grayish-black body with yellow bands down its back. It is also endangered according to the U.S. Fish & Wildlife Service, so sightings are rare. However, it can still be found in South Florida’s Everglades region as well as Cuba and Grand Cayman Island in the Caribbean Sea.

Where Can I Spot Crocodiles in Florida?

Crocodiles can be found in a variety of habitats in Florida, including freshwater swamps, marshes, and rivers, as well as saltwater habitats such as mangrove swamps and coastal lagoons. Some of the best places to spot crocodiles in Florida include:

See also  Do sharks have tongues? Exploring the Mystery of Shark Anatomy

Can I feed crocodiles in Florida?

No, it is illegal to feed crocodiles in Florida. Feeding crocodiles can cause them to become habituated to humans, which can lead to conflicts and dangerous situations.

Is it legal to hunt crocodiles in Florida?

No, it is illegal to hunt crocodiles in Florida. The American crocodile is protected by state and federal laws, and hunting or harm them is punishable by law.

What is the difference between crocodiles and alligators in Florida?

Are crocodiles dangerous to humans?

While crocodiles are apex predators and can be dangerous, attacks on humans are rare. It’s important to respect crocodiles and to view them from a safe distance, and not to attempt to approach or touch them.

History of crocodiles in Florida

Crocodile conservation and management in Florida

The population of crocodiles in Florida is currently considered to be stable, but conservation efforts are still needed to ensure the long-term survival of the species. The Florida Fish and Wildlife Conservation Commission (FWC) has implemented a number of management and conservation measures to protect crocodiles, including laws that prohibit hunting and the destruction of crocodile nests.

See also  Can you eat a coyote? Lets Find out

The FWC also works with land managers and other stakeholders to protect crocodile habitat and promote coexistence between crocodiles and humans. This includes efforts to reduce human-crocodile conflicts, such as installing barriers to prevent crocodiles from entering swimming areas and providing education to the public about crocodile safety.

Although crocodiles can be found throughout Florida, their habitats are rapidly diminishing due to urbanization and other activities. It is important that we take the necessary steps to protect these fascinating creatures before they become extinct in our state. By following safety precautions such as avoiding swimming in waters known to have large concentrations of crocodiles or being aware of your surroundings while outdoors, you can help ensure that Florida’s crocs remain part of this beautiful state for generations to come.

Also check are there snakes in alaska?