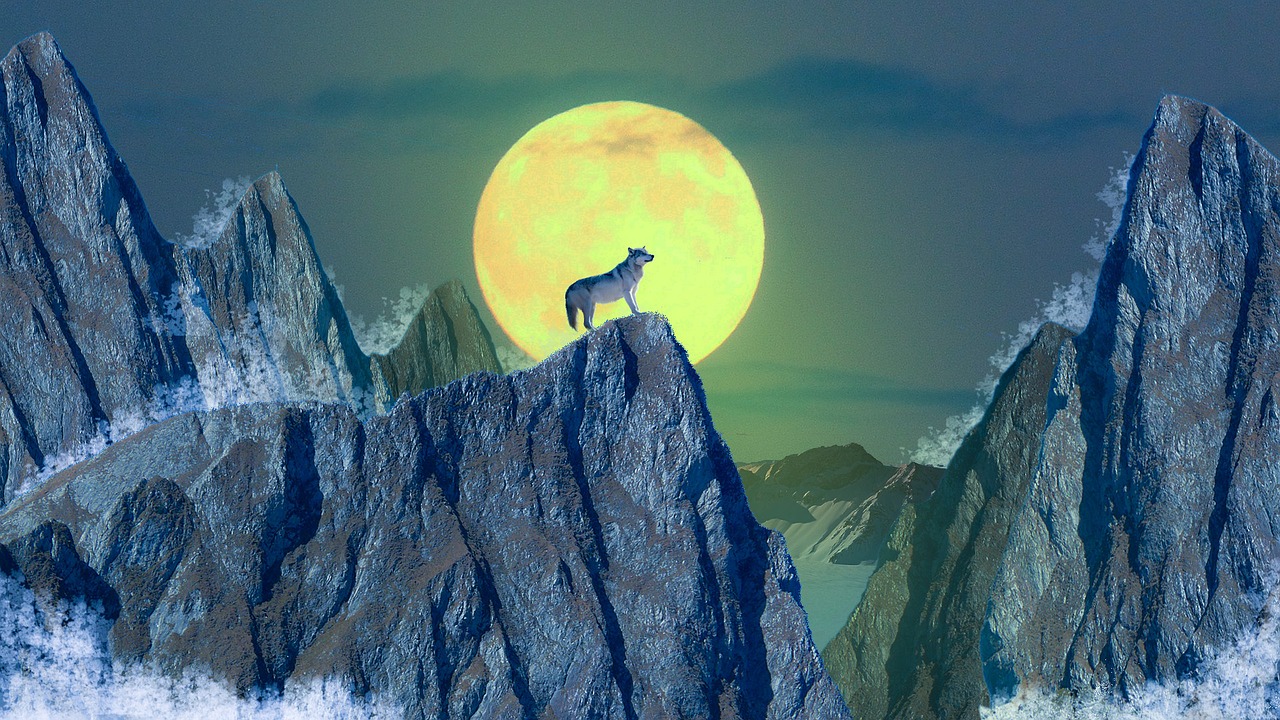 Have you got freaked out by coyote sounds? From Central America to Alaska, coyotes are found everywhere on different continents. These prairie wolves look for frigid locations, grasslands, and mountainous terrain. Often referred to as nocturnal creatures, coyotes howl or make different sounds at night. But you can hear their sounds in the morning also. So, how do coyotes sound, and what do their sounds mean?

Coyote sounds are of different types ranging from wailing howls to simple barks. Individual coyotes’ sounds are unique. But packs of coyotes also make varied sounds. If you know about them, you can easily recognize coyotes’ sounds.

Yipping is a vocal communication used by coyotes to convey distressing emotions. The high-intensity sound concerns dog owners, who often associate the sound with a dog’s yelp. Young coyotes make yipping sounds to show their feelings of distress. Besides, it indicates their submission to another coyote.

One of the weirdest sounds made by coyotes is screaming. It is a distress signal that makes you feel as if a woman is screaming. The screaming sound at midnight triggers a frightening feeling in us. When you hear the coyote screaming continuously, you should stay away from the animal. Only wildlife experts can deal with fierce animals like coyotes. But coyotes are not the only nocturnal animal screaming at night because foxes also make this vocalization. Woo-oo-wow is another high-intensity sound that coyotes make to greet others. There are also varying frequencies of vocalization created by coyotes, and it indicates variations in their motivations.

It is claimed that coyotes have a habit of howling at the moon during nighttime. But the scientific truth is that they actually direct their attention to the moon while howling. Moonlight enables coyotes to make verbal communication with a howling sound. So, moonlight has an effect on these animals in different ways.  Moonlight lets them find their habitats at night and defend their packs from intruders. Coyotes of a different group or pack cannot enter another pack. With whining, barking, and howling sounds, they protect their pack of coyotes.There are some other reasons for howling at night.

Coyotes like to make the team while hunting their prey. They kill other animals with a joint effort and share the feast with each other. Howling sound is common during the hunting session. They prefer dim moonlight while preying on other animals. Coyotes depend on the moon to confuse predators. Often, predators look for coyotes’ cubs in the den or burrow. To defend pups from predators, coyotes’ pack splits up and rushes away from the den. They try to confuse their predators with this trick. Naturally, predators follow their howling instead of searching for young coyotes.

Sometimes, whistles and yips made by coyotes seem to be a laughing noise. When a pack of coyotes makes sounds, they get intermingled. You will think of it as a laughing sound. Often, people consider it a nightly celebration of coyotes.

Coyotes and foxes have different vocalizations, so you can easily distinguish these animals.

Coyotes make wolf-like howls, yelps, and barks. Their sounds often resemble the sound of wolves or dogs. On the other hand, foxes make a high-pitched yelping sound. Their whining sounds easily enable us to recognize these animals.

What does a growling coyote mean?

It means that coyotes are threatened. They growl to send alarms to other animals for defense. So, growling is a defense mechanism of coyotes. Other animals try to flee away from the coyote’s group before making an attack.

When a coyote growls at you, it conveys its threatening feelings. In this case, you should do something to keep yourself safe. You can also make excessive noise to make yourself appear large.

Coyotes are highly active at dusk. So, never feel confused if you hear howls and yips of coyotes when the sun sets. It may seem that there are several coyotes, but they are only a few in number. Walking your pet dog at this time may pose a risk.

Do you like to choose coyote sounds as your ringtone? Coyote sounds MP3s are available online, and you can easily download them on your mobile. Animal lovers like to set these sounds as their ringtones.

Coyotes make a range of sounds, each of which has different meanings. It can range from late-night howling to odd laughing, and there are various coyote sounds. We have briefly talked about them to increase your knowledge.

Coyotes are notorious for their food choice. However, these carnivorous canines are cool! They are unique in the canine community due to their unique windpipes.

Also check Can you eat a coyote?