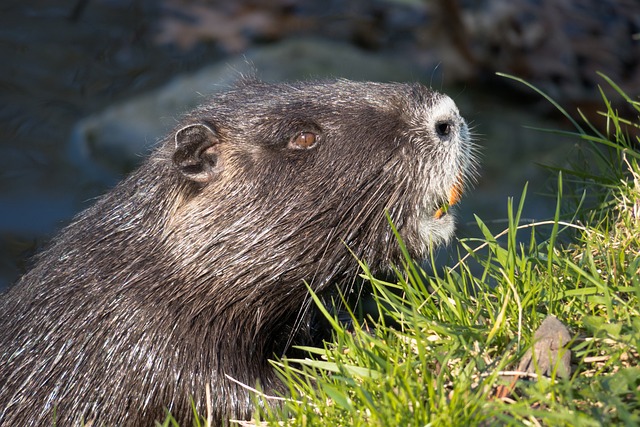 Can you eat beaver? Historically, beaver meat was a staple food for many indigenous cultures and early settlers in North America. Today, it’s not widely consumed and it’s not a common food choice.The beaver is an animal that many people don’t know much about. It’s unfortunate because they are so nutritious! Beaver meat contains lots of protein and minerals like iron or potassium while being low in calories with fat content similar to fish oils. Beaver meat is a healthier alternative to red meats like beef and pork. It’s also sustainable, environmentally friendly food source that provides nutritional benefits!

Can you eat beaver?

Many people ask if beaver can be eaten. The answer is yes, but there are some things you should know before you cook up this exotic dish. Beaver meat is dark and has a strong flavor. It is best if it is cooked slowly over low heat. You should soak the meat in salt water for 24 hours before cooking to help remove any gamey flavor.
Wild beaver meat is usually lean, so you will want to add some fat to the meat while cooking. Bacon fat or lard works well. One of the challenges of cooking beaver is that the front legs and back legs are very tough. You may want to braise these parts of the animal before adding them to your dish.

The nutritional value of beaver meat

Beaver meat tastes similar to dark-meat poultry such as chicken or turkey. It is often described as having a slightly gamey, sweet and earthy flavor.

Is a beaver good to eat?

Yes, a beaver is safe to eat, provided it is cooked properly. Beaver meat can be prepared in a variety of ways, such as roasting, stewing or grilling. To ensure safety and best flavor results, cook the meat until it reaches an internal temperature of at least 165 degrees Fahrenheit.

What part of a beaver is edible?

The entire beaver is edible, although some parts are considered to be more desirable than others. The best cuts of meat come from the hindquarters and front shoulders, which are the most tender and flavorful. The tail is also considered to be a delicacy and is often cooked and served like a steak. The organs and bones are also edible and are used to make broths and stocks.

How do you cook a beaver?

Roasting: Place the beaver in an oven-proof dish and roast at 350 degrees Fahrenheit until the internal temperature reaches 165 degrees Fahrenheit. Baste occasionally with your favorite cooking oil for added flavor.
Stewing: Cut up the beaver into small cubes and brown in oil over medium heat. Then add vegetables, seasonings, and enough broth or water to cover everything. Simmer for several hours until meat is tender.
Grilling: Marinate the beaver in your favorite marinade for at least two hours before grilling over indirect heat on a covered grill. Turn occasionally, basting with additional marinade as needed, until internal temperature reaches 165 degrees Fahrenheit.

Bottom line, Beaver meat is a nutritious and can be consumed but It’s important to note that consuming beaver meat is not commonly done may carries risks, also it’s not traditional food in most countries. It’s recommended to follow the laws and regulations of your area and consult with your doctor before consuming any wild animal meat.

Check if you can eat coyote

Latest posts by TravelMonk (see all)
See also  Caribbean Snakes-What kind of snakes are in the Caribbean?

1 thought on “Can you eat beaver? A Look at the Health, Legal, and Culinary Aspects of Consuming Beaver Meat”