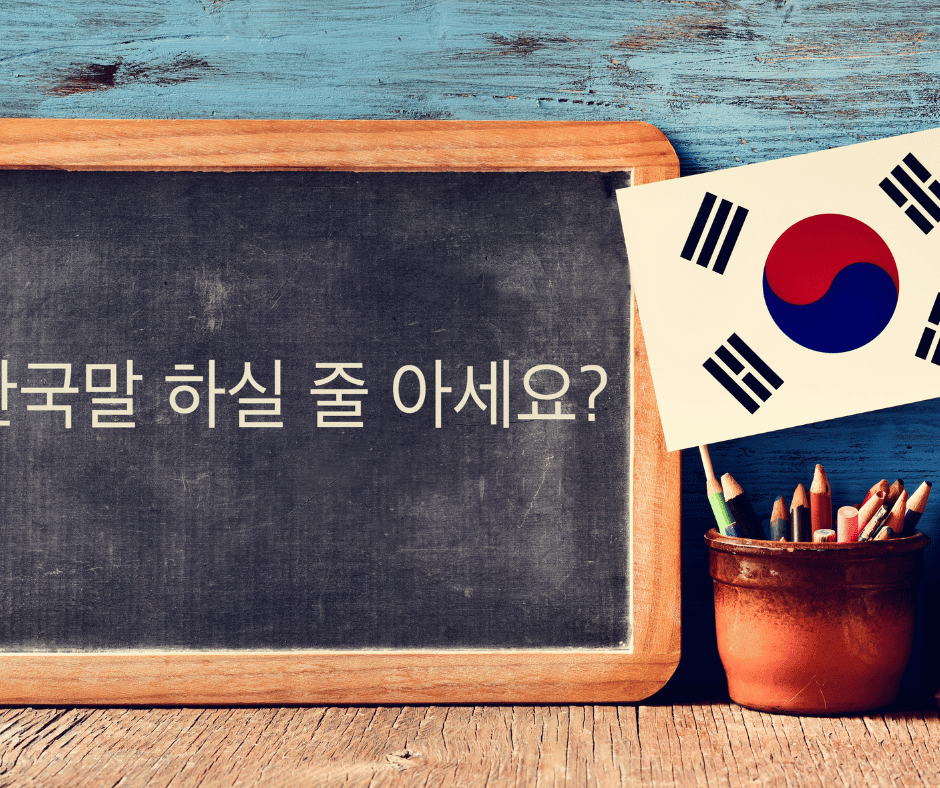 Do Koreans speak English? As the official and national language in both South and North Korea, the Hangul or Korean language is very different from western languages. More so, South Korea alone is the home of almost 51 million residents. And half of them live in and around Seoul. Many South Koreans who work in industries such as tourism, business, and international trade tend to have higher levels of English proficiency, while others may have more limited proficiency. However, it is not uncommon to find people who do not speak any English in South Korea, particularly in rural areas or in certain sectors of the population.

If you are among those asking, “Do Koreans speak English?” The answer is a bit complicated. This is because those residing in South Korea understand English better than they can speak it. English proficiency in South Korea varies, but it is not as widely spoken as in some other countries. English education is mandatory in South Korea, and most South Koreans have some level of proficiency in the language, however, the proficiency level may vary. However, while Koreans spend a yearly bill of twenty billion dollars on English language education.

For English speakers planning to visit or live in South Korea, it’s important to be aware of the potential challenges and take steps to prepare. Some suggestions include learning basic Korean phrases, familiarizing yourself with South Korean culture, and being aware of the resources and support available for English speakers. Additionally, consider taking an English course or a language class in South Korea which can be a great way to improve your language skills and immerse yourself in the culture.Regenerate response

Why is English hard for Koreans?

As stated earlier, they can understand English; while some can speak it, the majority cannot do so fluently. Meanwhile, some Koreans are getting better at English due to the Korean SNS or social media. Koreans that are under forty have taken English lessons while in school. But, due to a lack of practice and fears of mispronouncing words, they are left knowing only the fundamental English phrases. When the Korean War was over, South Korea took the step to embrace universal trade with nations like the United States. This step boosted English as a second language and was backed by the government. And when Koreans study the English language, their primary reasons revolve around, Academics, Business, and Trade.

See also  Is Korean hard to learn? The Truth About Learning Korean

These are the common difficulties Koreans face

Learning English is quite difficult for Korean students, especially because the words are pronounced in the Korean language the same way they are spelled. Now, when they view the letters in Korean words, they already know how the word will sound. But in English, the rules are different, making it hard for a Korean to form a sentence.

An example we can help with is the meaning and pronunciation of the English word “tear.” So, when native English speaker sees it, they know how it will be pronounced. But the Korean speaker will need clarification about its pronunciations and meanings.

Another problem has to be the different consonants. How consonants are used in English differs from how the Koreans use them in theirs. The truth is that most of the consonants fundamental to the English alphabet are not used in Korea. An example we have for you is F, and V. English is known to pair verbs together.

And the average Korean student is not conversant with saying or hearing these verbs. A difficulty for Koreans in learning and speaking English involves specific consonants sounding similar. So, they end up mixing it all up together. These consonants are B and P, R and L, J and Z, D and T, and V and F.

When it comes down to it, in Korea, people stress vowels when they speak. Now, this is rare when it comes to the English language. This makes most Korean students feel very uncomfortable speaking English since they cannot place stress on the vowels.

While Korean students will easily score points by expanding their English vocabulary, they tend to need help when using these words in a given sentence. One primary reason this happens is that, in the Korean language, sentences tend to fall into the subject, object, and verb patterns. But in English, the pattern is a subject, verb, then object. So, while you have to say “I will be there quickly” in English, it is stated as “I will quickly be there” in Korean.

Challenges and considerations for English speakers in South Korea

English proficiency in South Korea varies, but it is not as widely spoken as in some other countries. This can make navigating daily life in South Korea challenging for English speakers. Basic tasks such as shopping, ordering food, or getting around may prove difficult if you don’t speak Korean. Even in tourist areas, English may not be widely spoken. English signs or menus may not be available, and English-speaking staff may be hard to find.

C. Resources and support for English speakers in South Korea

While navigating daily life in South Korea with limited English proficiency can be challenging, there are resources and support available to help English speakers. Many tourist areas and international businesses have English-speaking staff and provide English language services. Additionally, there are many English-language publications, websites, and apps available to help you understand South Korean culture and daily life. There are also many English-language schools and programs available for those who want to improve their language skills.

English as a second language in South Korea

A. English language schools and programs

In South Korea, there are many English language schools and programs available for individuals looking to improve their language skills. These include private language schools, university language programs, and online courses. These programs range from beginner to advanced levels and offer intensive classes, conversation practice, and grammar instruction.

B. English language media and resources available in South Korea

In addition to language schools and programs, there are also many English language media and resources available in South Korea. These include English language newspapers, magazines, websites, and apps. These resources provide information about South Korean culture, current events, and daily life, and are useful for those looking to improve their language skills and understand the culture.

For those looking to demonstrate their English proficiency, there are also English language proficiency tests and certification available in South Korea. These tests include the Test of English for International Communication (TOEIC) and the International English Language Testing System (IELTS). These tests are widely recognized and can be used to demonstrate English proficiency for academic or professional purposes.

See also  Do you wanna Eat Ramen in Korea

Is English widely spoken in Korea?

English is not as widely spoken in Korea as it is in other countries. However, most Koreans are familiar with English, and many signs, menus and instructions will be written in both Korean and English. Additionally, many professionals such as doctors, taxi drivers and lawyers will speak at least some level of English to communicate with foreign visitors.

What percentage of Korea speaks English?

Approximately 25-30% of Koreans are estimated to have at least a basic level of English language competency. Additionally, around 8-10% have intermediate to advanced levels of English fluency.

Do Koreans struggle with English?

Many Koreans do struggle with English, but they are usually willing to try their best to communicate and bridge any language barriers. Some Korean students also attend foreign language academies or receive private lessons to gain a better understanding of the language.

As in this blog post, we’ve explored the level of English proficiency in South Korea and the various factors that affect the ability of Koreans to speak English. We’ve also discussed the challenges and considerations for English speakers visiting or living in South Korea, including understanding cultural differences and communication barriers, navigating daily life, and the resources and support available. However, it is important for English speakers to be aware of the potential communication barriers and be prepared to navigate daily life with limited English proficiency.