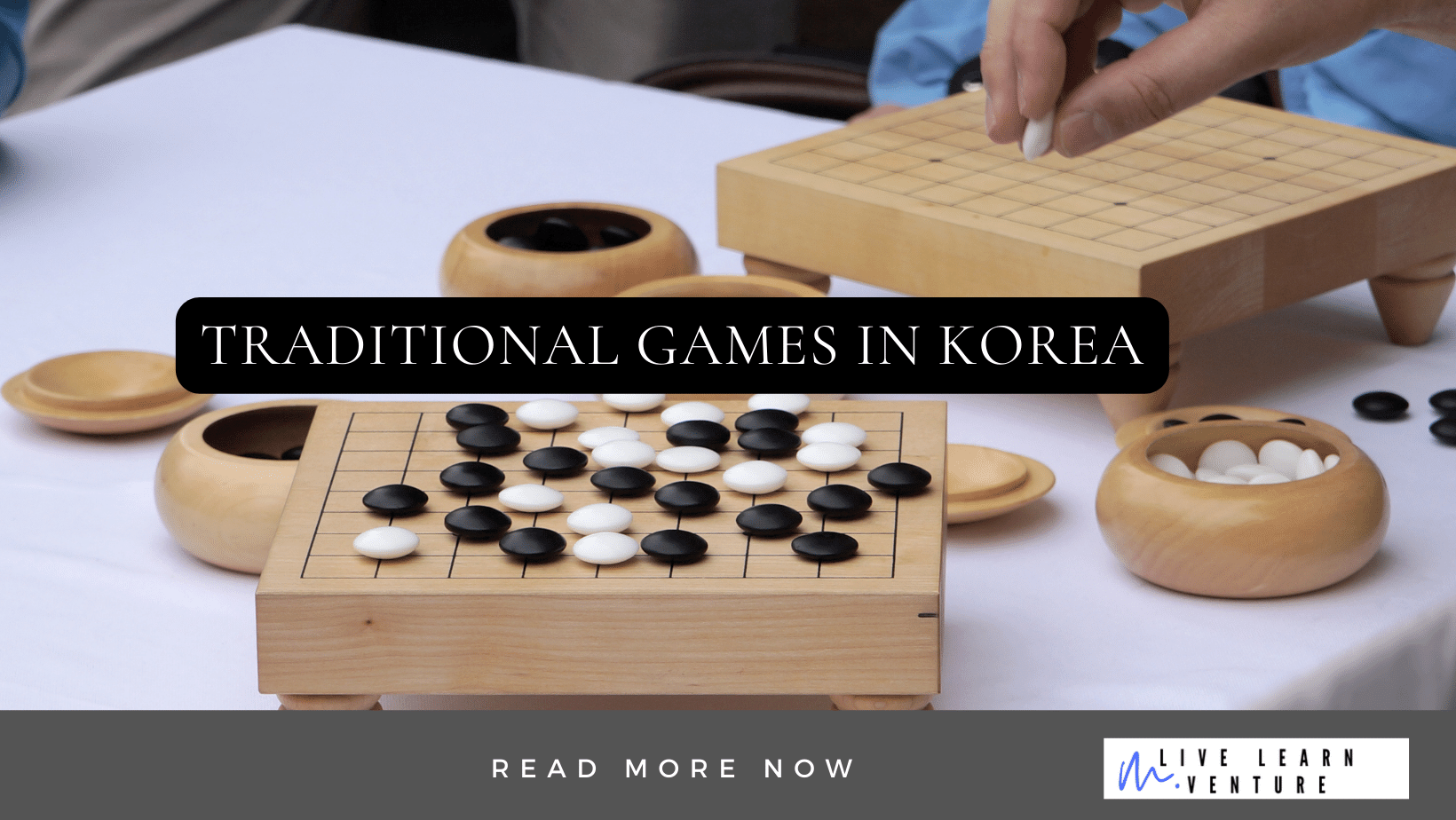 Korea has a long history of traditional game, many of which are still popular today. These games range from board games to physical activities and often involve a certain amount of luck or skill. They are usually played with family and friends and are a great way to bond with each other. Traditional Korean games are also a great way to get to know the culture of Korea and its people better. Korean traditional games are usually played with everyday objects like stones, paper, sticks, or coins. These games often involve a certain degree of strategy or luck and can be enjoyed by people of all ages. Some of the most popular traditional games in Korea are Yutnori, Tuho, Neolttwigi, Gungi, Jegi Chagi, and Ssireum. Let us explore more in this blog post.

My discovery of Traditional games in Korea for adults

Tuho is a traditional Korean game that involves throwing an arrow into a cylindrical container filled with water. The goal of the game is to throw the arrow as far as you can into the container. Players take turns throwing the arrow and the one who gets the arrow closest to the target is the winner. Tuho is a great way to practice your aim and accuracy and can be enjoyed by people of all ages.

Ssireum is a traditional Korean form of wrestling that has been practiced for centuries. It is a popular sport in Korea, and is considered the national sport of the country. Ssireum is performed in a circular ring called a “sagyeong” and the objective of the game is to either throw or force the opponent to touch the ground with any part of their body other than their feet. The sport is played by two men or women, and is divided into weight classes.

Ssireum is a very physically demanding sport and requires a combination of strength, technique, and strategy. It also has a strong cultural and historical significance in Korea, and is often performed at festivals and other traditional events.

The game is played by two players, with each player using a set of black or white stones. The players take turns placing their stones on the intersections of the board, with the goal of surrounding and capturing the opponent’s stones while also expanding their own territory. Wei-Chi has a large following around the world and is considered a challenging game to master. It is also recognized as a mind sport by the International Olympic Committee and is an officially recognized sport in Japan, South Korea, and China.Wei-Chi is not just a game but it is also an art and a way of life for many people around the world. It is a game that can be enjoyed by people of all ages and skill levels, and it is a great way to improve critical thinking and strategic planning skills.Regenerate response

Jegi Chagi, also known as “foot bag,” is a traditional Korean game that is similar to Hacky Sack. The objective of the game is to keep a small bag filled with beans, sand or rice off the ground using only the feet. Players take turns kicking the bag to each other, and the game is won by the team that can keep the bag in the air the longest without letting it touch the ground. Jegi Chagi is a popular game among young people in Korea and is often played in parks and other open spaces. It is also known as a sport and has a national championship.

Yutnori – A Popular Traditional Board Game

Yutnori is a popular traditional Korean board game. It is played with four sticks and a board with 12 cross points. The object of the game is to move one’s 4 pieces around the board, depending on the throw of the sticks. The game is a favorite among families and friends, as it is easy to learn and play. The game has various levels of difficulty, making it suitable for all ages. Players can choose to play with teams or individually. Yutnori is a great way to spend quality time with family and friends, while also having a lot of fun. It is a great game to play during parties, family get-togethers, or just a casual game night. Yutnori is an enjoyable game that can provide hours of entertainment.

Neolttwigi – A Korean Version of Seesaw

Neolttwigi is a traditional Korean game that is similar to the seesaw. In this game, two players each hold a pole and stand on opposite sides of the seesaw. The goal of the game is to use the poles to move the seesaw up and down as fast as possible. Neolttwigi is a great way to practice your balance and coordination and is a fun game for people of all ages.

Jangii – A Korean Version of Chess

Jangii is a Korean variant of the game of chess. It is believed to have originated in the Joseon Dynasty (1392-1910) in Korea. Gungi has some similarities to international chess, such as the use of a board, pieces with different movements and powers, and the goal of capturing the opponent’s king. However, Gungi has some significant differences as well, including a different starting setup, different piece movements and powers, and a different scoring system. Gungi is still played today in South Korea and has a dedicated group of enthusiasts and tournaments.

Gonggi is a traditional Korean game that is played with small, round stones or beads. The game is similar to the game of marbles, and the goal is to knock the opponent’s stones out of a circle or ring while trying to keep one’s own stones within the circle. It can be played by children and adults and is considered as a fun and entertaining pastime in Korea. It is also known as “Kongki” or “Kongkki” in some regions.

Ddakji is a traditional Korean game that is played using a folded paper game board and small paper pieces called “ddakji.” The game is similar to tic-tac-toe, and the objective is to place three of your own ddakji in a row horizontally, vertically, or diagonally on the game board. The game is typically played by children, but adults can also enjoy it. It is considered as a simple yet entertaining game that can be enjoyed by people of all ages.

There are various places where you can play traditional Korean games, such as:

It’s worth noting that many traditional games are also played in local communities and you can find groups that gather to play them.

Overall, my experience of playing traditional games in Korea was as exciting as exploring Korean lucky symbols and numbers, it was simply unforgettable. As I played these games, I was able to truly appreciate the culture and traditions of Korea. Traditional games in Korea are simply amazing and I would love to play them again. Let’s dig deep into details of the games.

Here are some tips for playing traditional Korean games:

What are some popular traditional Korean games?

Yes, traditional Korean games are still popular today and are often played at festivals, cultural events, and in local communities.

How can I learn to play traditional Korean games?

Do traditional Korean games have any cultural or historical significance?

Yes, many traditional Korean games have a strong cultural and historical significance in Korea and are often performed at festivals and other traditional events.